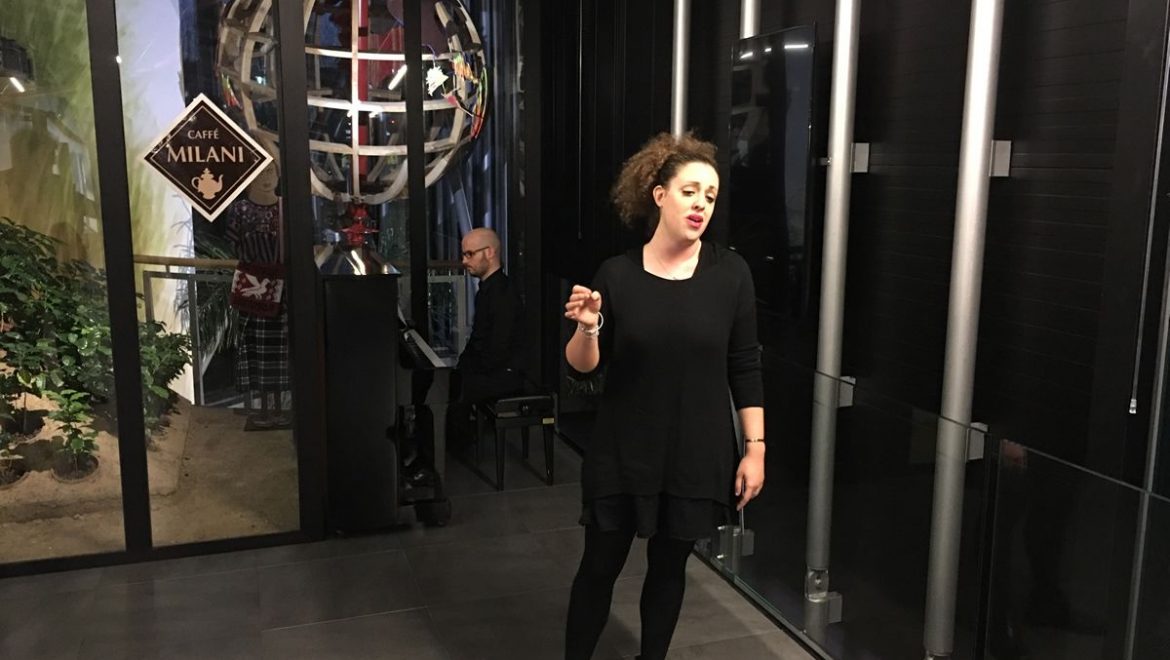 It was the binomial of coffee and women to end Caffè Milani’s celebrations for its 80th anniversary, which began on June the 7th 2017 with the inauguration of the new factory and the Esposizione Caffè Milani, which one of its sections is dedicated to the important role of women in the production of coffee.

Thanks to “Carmen” by Georges Bizet, represented for the first time in Paris in 1875, and available in the Teatro Sociale of Como program, Caffè Milani had the opportunity to show in its “Esposizione” some artists that sung two opera romances.

The event started off in the modern classroom of the Altascuola Coffee Training with a short film: a Guatemalan woman explained how, by focusing on quality production, in last few years her cooperative has succeeded in obtaining very positive results in economic terms from the cultivation of coffee. During the narration there were images of the harvest, of the ripe cherries continuing with the drying process, the roasting of samples and Brazilian coffee tasting.

The greeting of Pierluigi Milani, owner of Caffè Milani, has given way to a series of brief interventions.

Fabio Frontani, the CEO of Bero Italia, a company of the German multinational Neumann Kaffee Gruppe, a distributor of raw coffee, spoke about the origin lands of coffee and explained about the work in the plantation and the role of the woman in a “fazenda” through personal experiences.

After the first process in the land of origin follows the second but equally important process for the quality of the final product in the cup: Salvatore Casartelli, who has been in charge of the production in Caffè Milani for the last 30 years, explained the delicate steps that take place in roasting process. He focused especially on roasting, which if done correctly, allows the coffee bean to develop and best express its aromas in the cup.

Renato Bossi, Market Development Manager introduced the news of Caffè Milani in 2017, starting with Espresso System Milani, the perfect solution designed for restaurants, ice cream parlors, pastry and coffee shops and also hotels; a complete package for businesses with low service volumes. Its “heart” is the Espresso System Milani blend, with a balanced and aromatic taste, to this are added also the single origin coffee 100% Arabica: Brazil Santos Cereya Madura, Ethiopia Sidamo, Papua Estate Plantation, Guatemala Genuine Antigua. Truly the best selection of coffee for every taste and demand, including Cuoril, for those who prefer a decaf.

The desire to spread the culture and knowledge of coffee world, was another important aspect on which Caffè Milani placed great attention to in 2017 with the realization of the Esposizione Caffè Milani, an experiential space dedicated to education and dissemination of knowledge on coffee, which can be visited every first and third Friday of the month: it can be booked on the Caffè Milani website (www.caffemilani.it/en/exposition-milani/) or by calling 031 280778.

Caffè Milani has also added a substantial calendar of courses of the Altascuola Coffee Training at the Roasting establishment in Lipomo. A unique and very interesting initiative was the realization of a “historical tasting”, a journey through the history of coffee from 1900 until today divided into four stages, each one characterized by the use of blends, equipment and machinery of the period. The “Historic tasting” project will continue throughout this year with a touring itinerary.

The last speech was by Maddalena Mussi, Communication Manager of the Teatro Sociale of Como, who closed the events talking about the collaboration and support that Caffè Milani gives to this important reality of the Como area, looking forward for a long term collaboration. The Opera Carmen by Georges Bizet was then told, focalizing on the character of a beautiful and fiery Spanish cigar maker, that tells a love story that is born, grows and dies among passionate and impetuous hearts.

After the interventions, the guests moved to the second floor, where a space was dedicated to music with some arias from Bizet’s opera.

The voice of the young mezzo soprano Eleonora Filipponi accompanied by the pianist Alberto Maggiolo, sang the famous “Habanera”, in which the sensual and passionate personality of the main character emerges. Another very famous aria “Seguidilla” followed, in which Carmen praises the pleasures of dance, wine and love.

Towards the end of the event, a refreshment was offered, to thank all the guests and conclude an intensive year that laid new basis for future developments in the sign of (good) coffee. 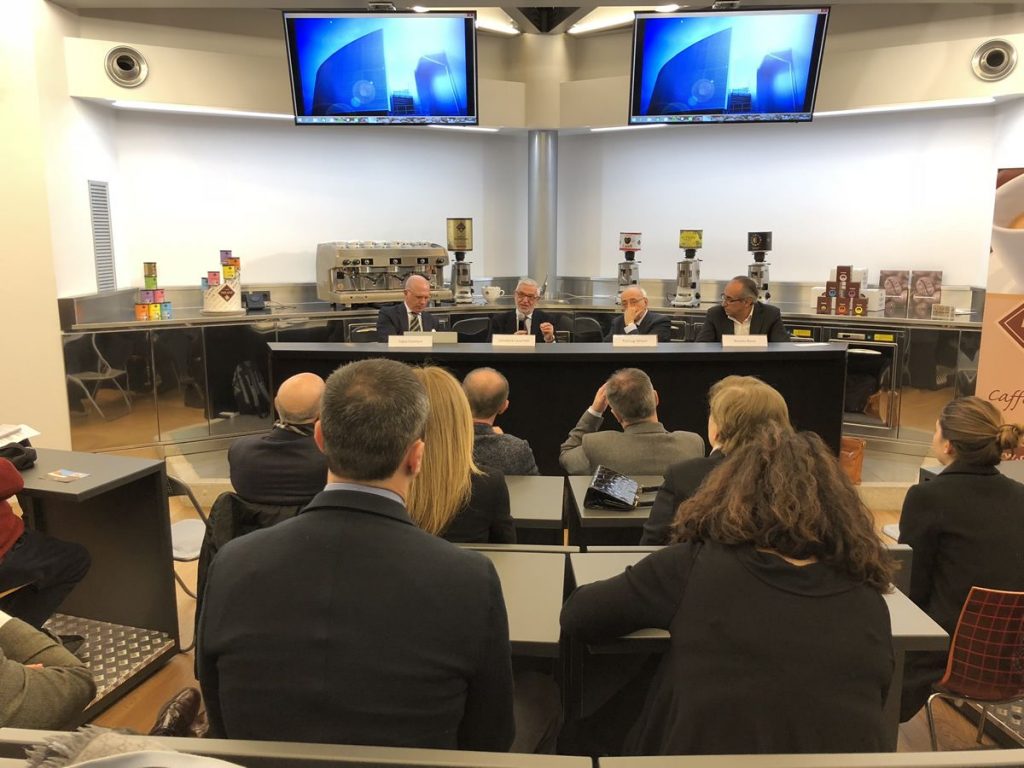